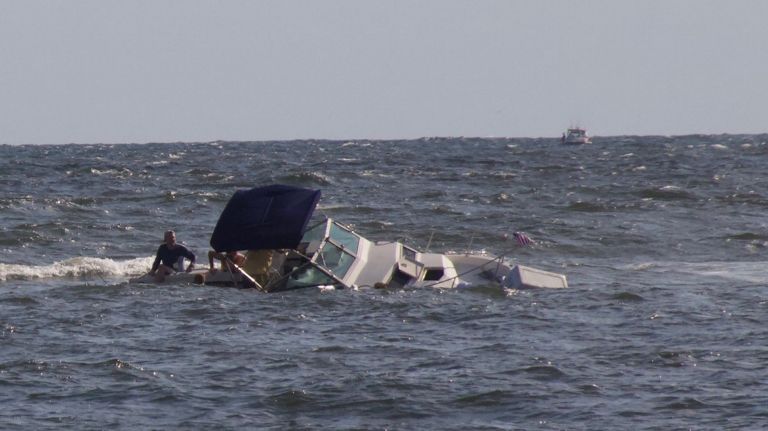 Six people were rescued in waters off Lido Beach Monday after the boat they were in capsized, Nassau County Police said. Police said the boat capsized at about 3:45 p.m. about 200 yards off of Nickerson Beach with six passengers aboard. According to Coast Guard Ensign Collin Reichelt, a report came in about a capsized vessel in the vicinity of Jones Inlet. The Coast Guard launched its vessel from Jones Beach. By the time the vessel arrived on scene all six people were pulled from the water by Nassau police, Reichelt said. The passengers were transported to land by Marine Bureau 1 and Bay Constable Unit #2, according to Nassau police. All passengers were evaluated at the scene. No injuries were reported. Reichelt said the Hempstead Bay Constable, along with Freeport police and Lido Beach life guards responded to the emergency.