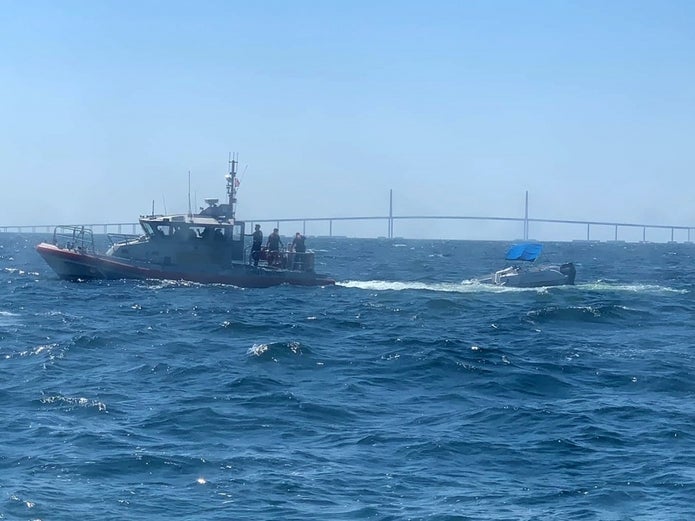 Six people were rescued by the Coast Guard near the Skyway Bridge on Saturday as the boat they were on overturned, officials said. Two people wearing life jackets were pulled from the water by Station Cortez’s rescue crew, and the remaining four on the boat were picked up by Station St. Petersburg’s rescue crew, the Coast Guard said. All six were taken to a local boat ramp without injuries, authorities said.