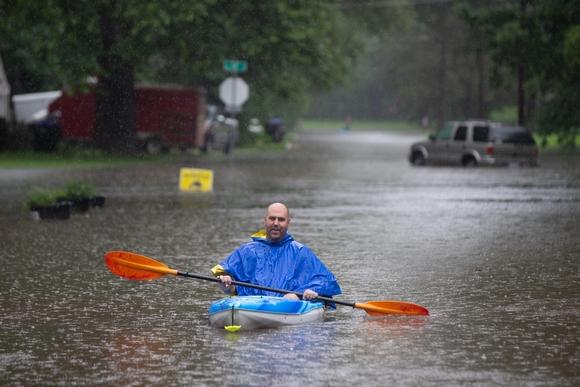 Many streets in Topeka experienced flooding Thursday after some areas saw over 5 inches of rain drench the capital city. Several streets in the city became impassable as the rain fell and cars became stuck. Emergency alerts sent out in the midst of the rain advised residents to stay home. One woman (seen wearing a life jacket) was rescued from her car.