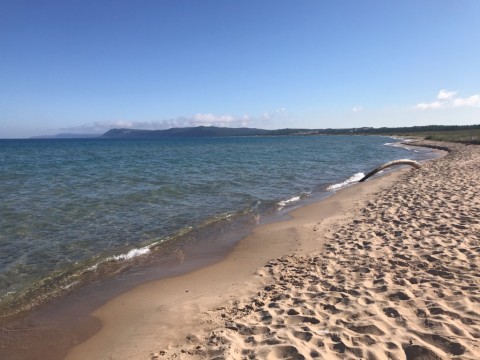 Sheriff Schendel reminds people to use life jackets, especially in Lake Michigan. He says the family thought they were taking extra safety precautions by tethering the girl to the floating raft, but of course no one expected the tether to come undone.  Sheriff Schendel says, “It would have been a tragedy and we would have had to make a death notification. So this was a wonderful outcome. It doesn’t usually end this way. But by the grace of God these two gentlemen were there and they sprang into action. Anytime someone from the public gets up and acts and doesn’t think of themselves, but thinks of others, then we want to recognize that. And that’s what this was all about today. Recognizing the fact they risked their lives to save another life.”