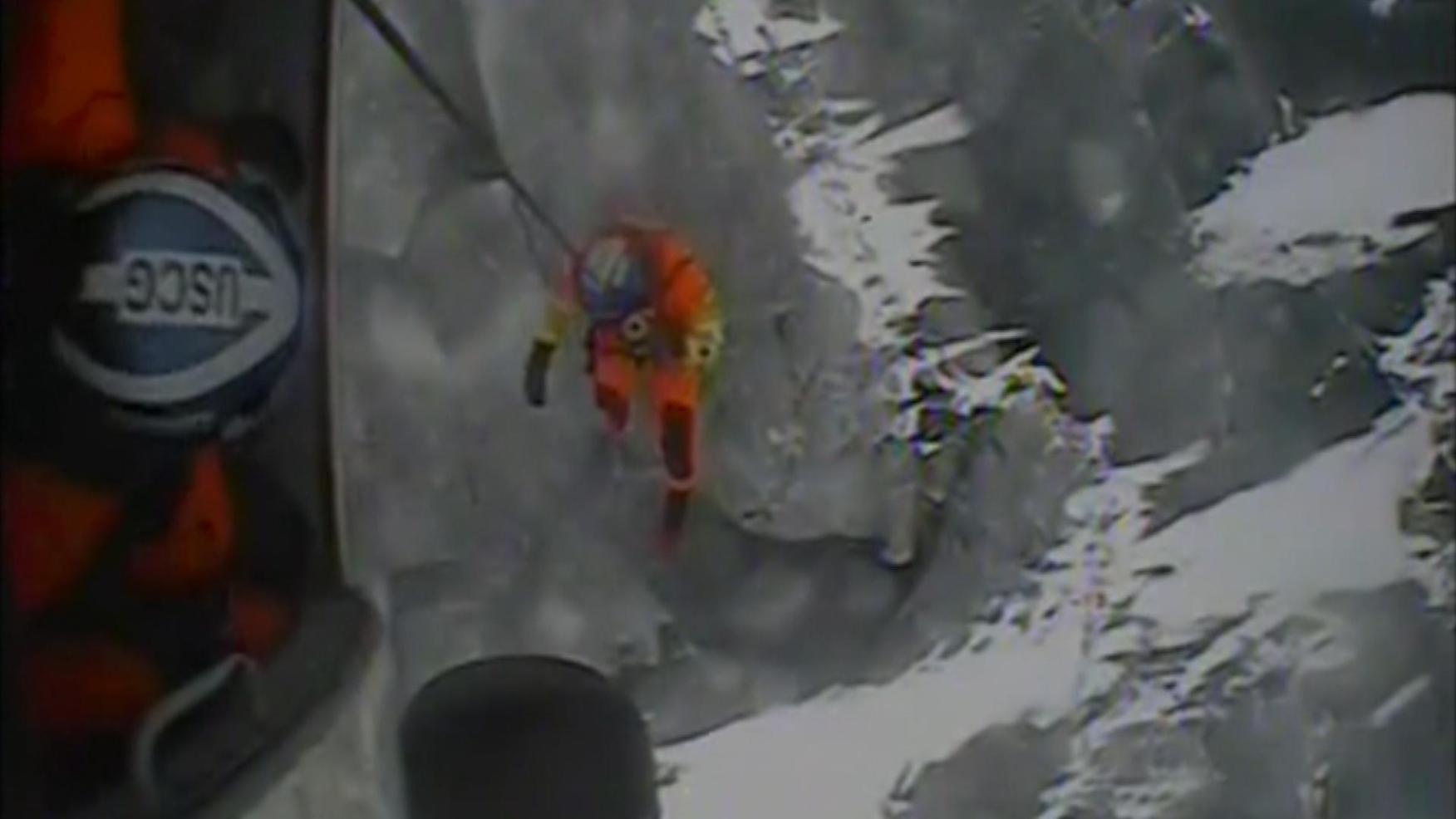 On February 4, U.S. Coast Guard Air Station Traverse City launched two helicopters to respond to an ice rescue mission near Sturgeon Bay. Nolan happened to be on duty when the Coast Guard received a report of over 60 ice fishermen stranded on an ice floe. Rescue swimmers were lowered to the ice, while local first responders and Coast Guard ice rescue teams arrived on the scene.

Thankfully, everyone was able to be brought back to shore safely.

“That’s one thing I love about the Coast Guard, is that you train for this stuff and you get to put it into action, it’s stuff you feel good about at the end of the day, so.”