PLB and the Coast Guard Auxiliary Comes to the Rescue 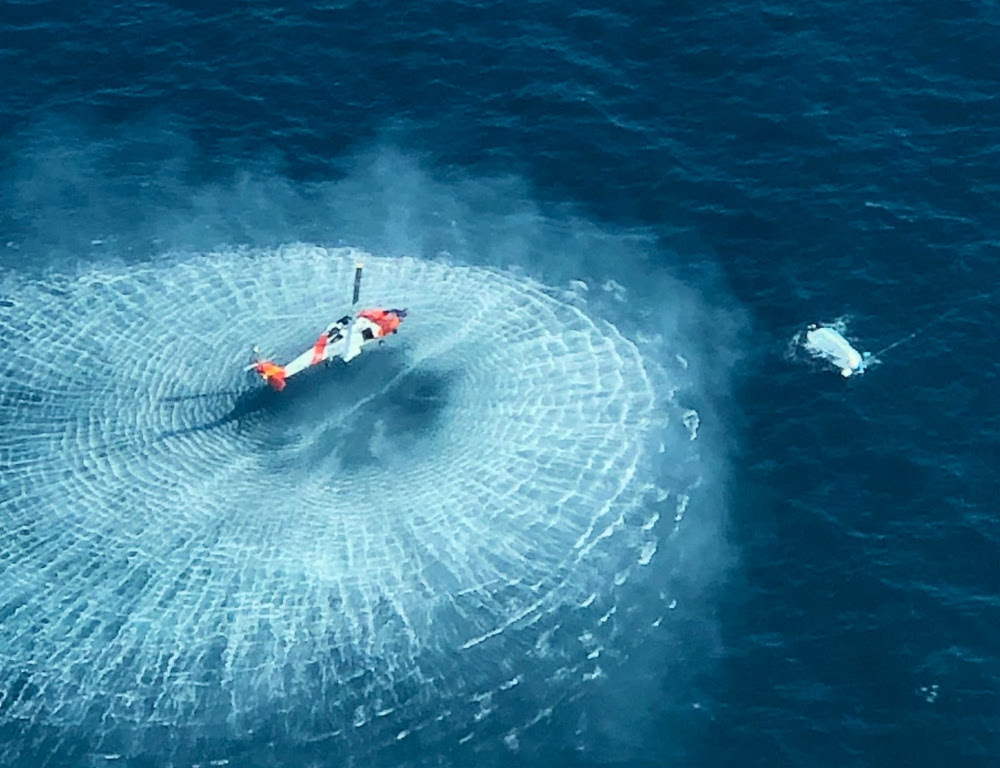 The Coast Guard and Coast Guard Auxiliary rescued two men from the water Saturday after their 24-foot boat sank 40 miles west of Bradenton. Rescued were Larry Mccain, 52, from Parrish, and Dennis Amo, 64, from Sarasota.

A Coast Guard Auxiliary air crew was diverted from its patrol and located the two men wearing life jackets clinging to the hull of the boat. No injuries were reported.

The men left the 59th St. boat ramp in Bradenton early Saturday morning to fish. After fishing for red grouper for a few hours, suddenly the back of the boat was under water. He said the men tried to drive the boat forward, but there wasn’t enough power to overcome the weight of the water. The men were in approximately 3-foot seas.

“It was a matter of 10 minutes that the boat went down,” said Amo. “We tried bailing out the water, but the bilge pump stopped. Batteries went underwater, and then I grabbed my PLB (personal locator beacon). If you had asked me this morning if I needed to have one, I would’ve said no. The boat was in perfect condition.”

Capt. Matthew Thompson, Coast Guard Sector St. Petersburg commander said, “They had all their safety equipment, put on their life jackets and activated their personal locator beacon at the first sign of an emergency.”