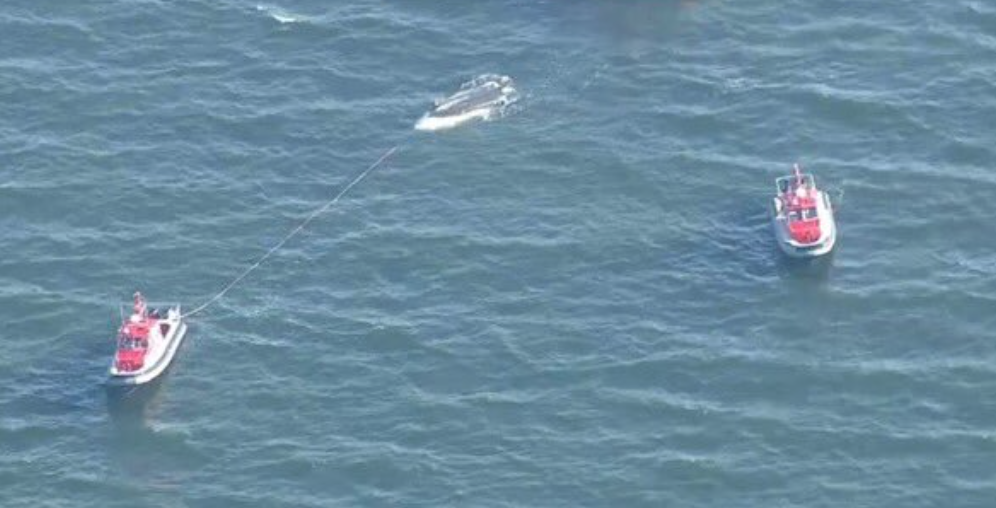 Authorities say 12 people, most of them children, have been hospitalized after a boat overturned off the Massachusetts coast.

A good Samaritan had rescued three adults and nine children when officers arrived around 4:40 p.m., but an 8-year-old boy was still unaccounted for.

A professional diver tells WFXT he found the boy unconscious underneath the boat. Authorities say the boy was airlifted to a Boston hospital, where his current condition is unknown. The Coast Guard says the boy was wearing a life jacket.

More Stories
Three Fishermen Rescued on Sonoma Coast
Heavy Rainfall Causes Flooding Throughout Topeka
Two Men Rescued by TFD After Spending 1.5 Hours Stranded Under Bridge
A Family Of 5 Was Saved By OPP After Their Boat Capsized In The Detroit River