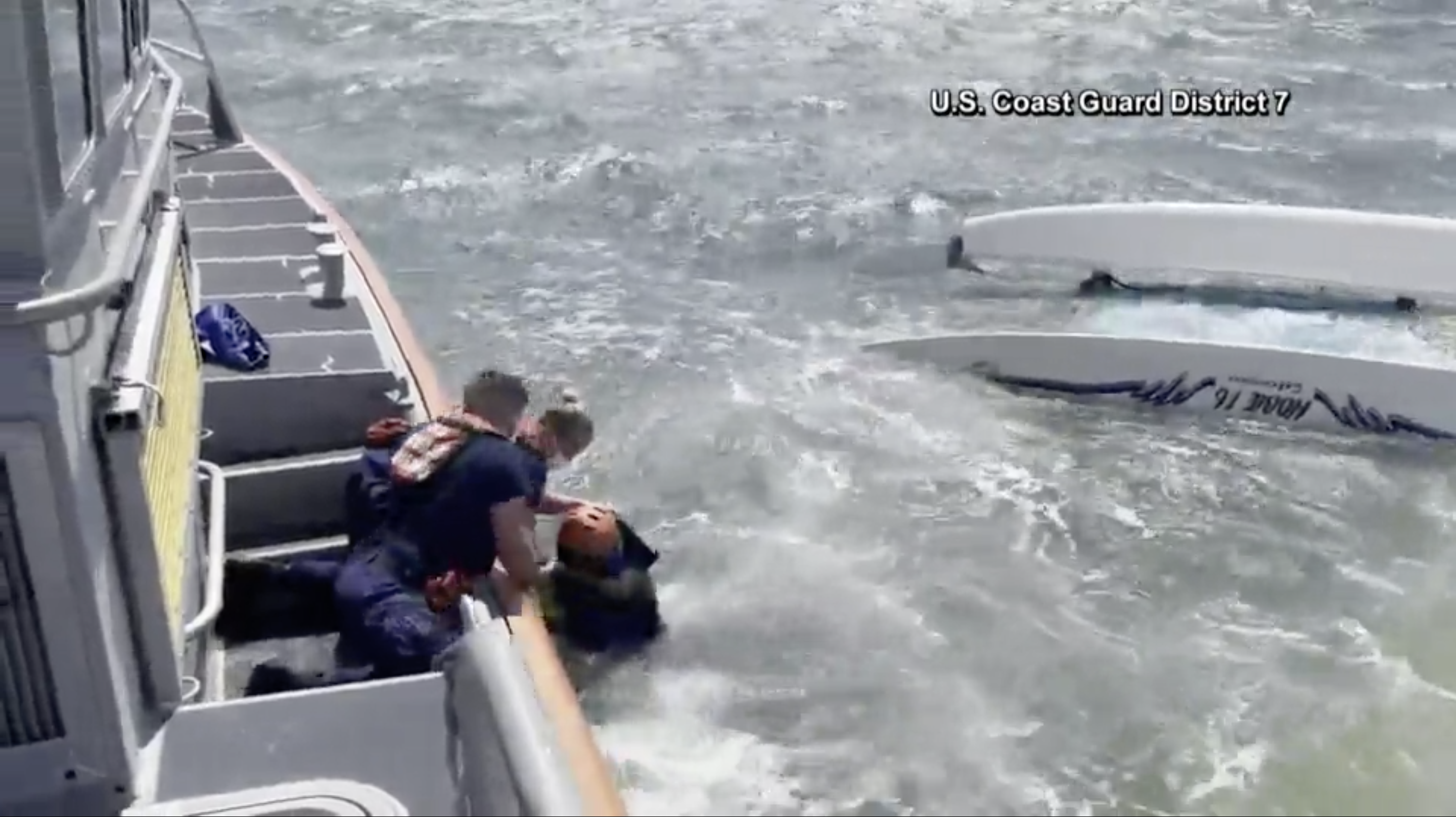 The U.S. Coast Guard rescued a man near St. Petersburg, Florida on Saturday after his boat capsized. Several Coast Guard members were responding to another search and rescue mission when they spotted the 60-year-old man in the water. The man’s 16-foot catamaran had overturned, leaving him swimming for his life.

The man, Robert Snowflack, appeared to have a life jacket on and swam over to the edge of the boat. He was pulled to safety by a pair of crew members.