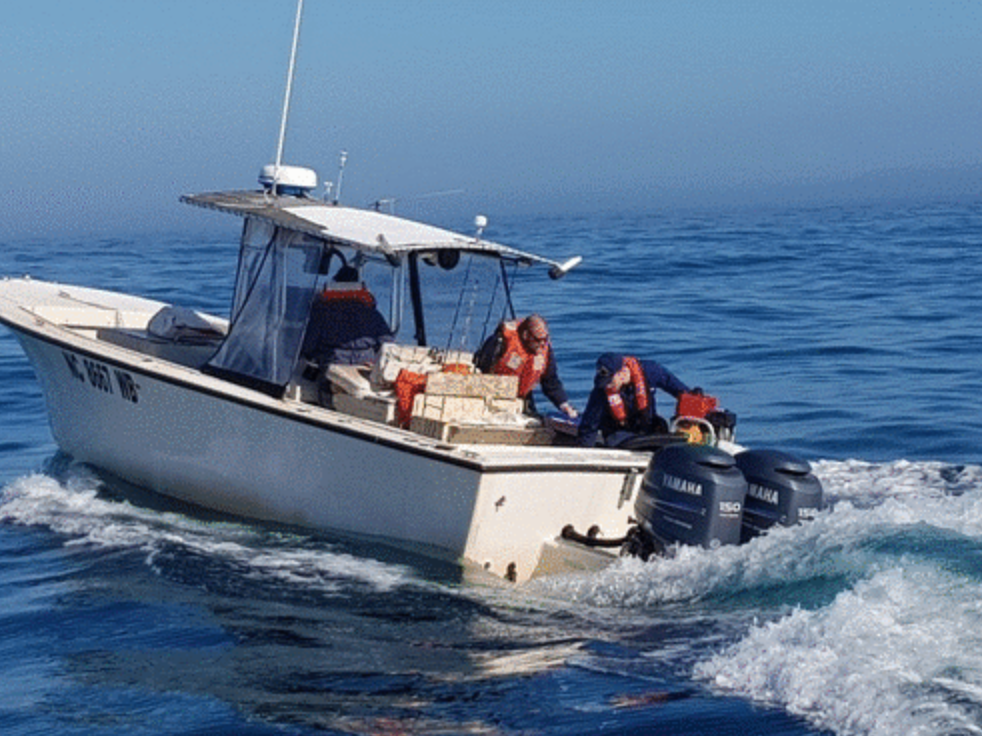 A Coast Guard boat crew came to the assistance of two men whose boat began taking on water after striking an object about 13 miles off Carolina Beach. Both boaters were wearing life jackets when the Coast Guard crew arrived and no injuries or pollution were reported.