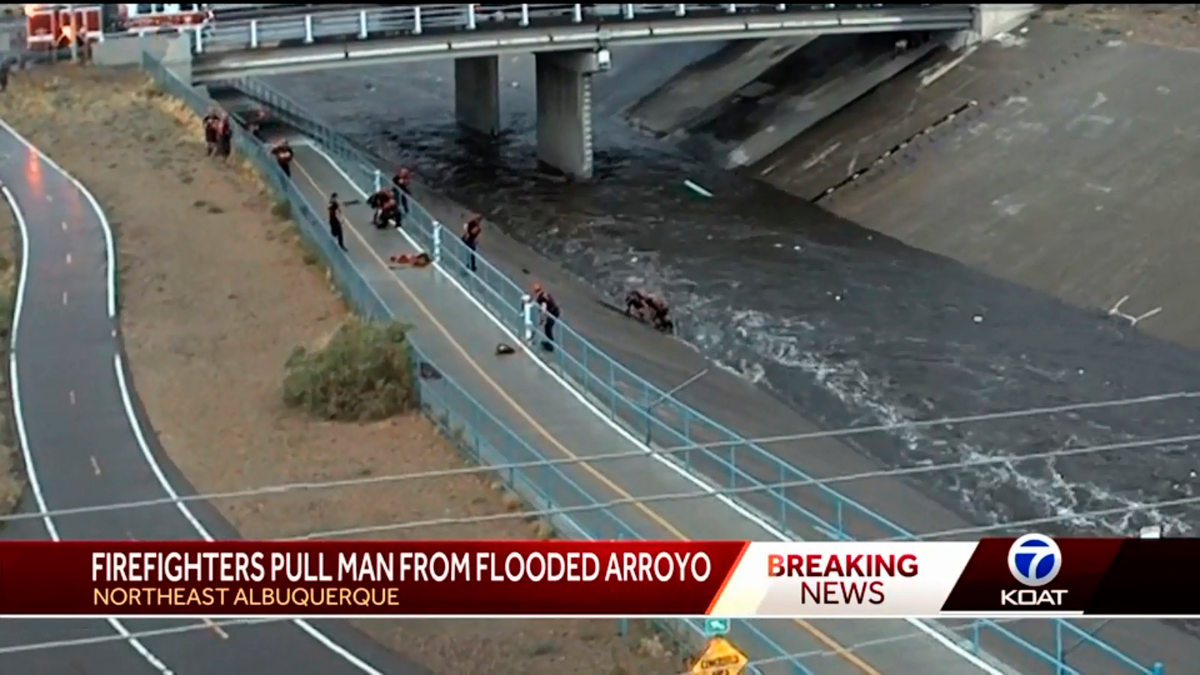 Albuquerque Fire Rescue used swift water rescue tactics to save two people swept away in arroyos on Saturday. Initial reports from AFR said three people were caught up in the currents and two had been rescued, however, the latest report now shows firefighters believe only two were ever actually swept away and both were rescued. One person was pulled out of the North Diversion Channel, and the second was rescued from a different arroyo. Both were treated for hypothermia, exhaustion, as well as bumps and bruises, but are otherwise expected to be OK.

More Stories
‘It was Nothing Short of a Miracle’: Charter Boat Captain Recounts Rescue of Man Stranded 36 Hours at Sea
Nine People Rescued from the Water after Boat Capsizes in Osterville
Our Life Jackets Saved Us
Coast Guard Rescues Four People in North Carolina after Boat Engine Fire