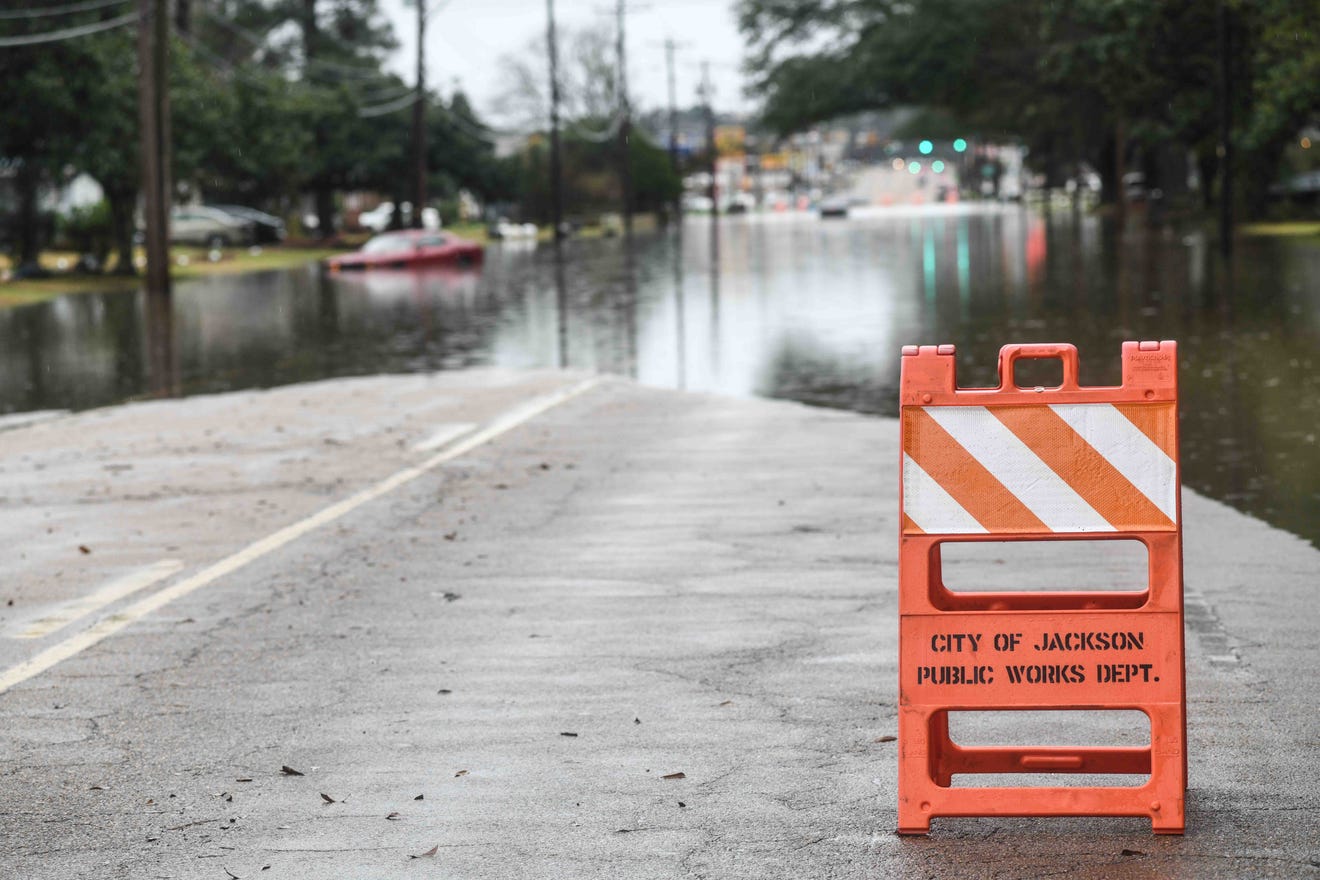 Flash flooding hit Mississippi again Tuesday with an estimated 3 to 5 inches of rain being recorded in areas around metro Jackson by mid-afternoon. Rain continued into late afternoon and more rain remained in the forecast. Jennie Lawrence, 81, of Jackson, had to be rescued from Camelot Apartments in west Jackson because of floodwaters. Lawrence is one of 20 or more residents in the apartment complex who were rescued Tuesday afternoon, according to the Jackson Fire Department.